Victory! Asahi Group will ban Animal Testing for Foods & Beverages by the end of 2021

Although there are 18 months to go until the end of 2021, JAVA welcomes the decisive measure of Asahi Group to take the voices of consumers who do not want animal testing seriously and decided a total ban of animal testing.

Within a short period of about five months from the meeting of JAVA with Asahi Group, we were able to draw out the Asahi Group’s decision to complete ban animal testing including that for health claim such as food for specified health uses (FOSHU) and foods with functional claims (FFC).

We could not have gained this victory without your support.
We sincerely thank everyone who has cooperated with our campaign.

On June 29th, JAVA met Head of Office of Health and Nutrition Labeling of Food Labeling Division, Consumer Affairs Agency, Government of Japan, to discuss the need for animal testing in application for permission/notification of Food for Specified Health Uses (FOSHU) and Food with Function Claims (FFC) through Ms. Mizuho Fukushima (Former Minister of State for Consumer Affairs and Food Safety) Member of the House of Councilors.

We reported to them about a company which said “animal testing is required by law for application and notification of FOSHU and FFC” and asked if it was correct. In response, Head of Office stated “As before, animal testing is not required”

“Animal testing is not required “— We would like all food companies, including Asahi Group, to understand this properly.

We requested Consumer Affairs Agency to make this clear to all companies.

Thank you for your cooperation in sharing and spreading this campaign.

We, JAPAN ANTI-VIVISECTION ASSOCIATION (JAVA) had submitted a request form to Asahi Group Holdings again on June 10th, and received the response on June 19th.

There are three requirements in the request form, and they answered one of them as follows.

① Describe the contents of the operational guidelines regarding the decision on whether or not to carry out the animal testing and the implementation process based on it, together with the materials.

→ It cannot be provided, because it is an internal document.

As a supplement, they state:
“About animal testing for notification of food with function claims (FFC) to Consumer Affairs Agency, we divide the cases in explanation of mechanism of action related to functionality and in assessing safety. And we stipulate a flow with a strict gate that makes a judgment as to whether it is explicitly required by law. In order to ensure the objectivity of the judgment, we will obtain confirmation from outside experts before reaching a conclusion.”

What is “a strict gate that makes a judgment as to whether it is explicitly required by law”?

The Consumer Affairs Agency, not Asahi Group, will make the decision, won’t they?

Even if we make a concession to them, they should establish “the animal care and use committee” that includes outside experts to utilize existing data for in-house (outsourced) animal testing, examine the existence of alternative methods, and the degree of animal pain relief, or if it is to judge the appropriateness of conducting animal testing comprehensively, we can understand it.

But, if their operational guidelines are just for “making a judgment as to whether or not explicitly required by law”, it is just too poor.

For the remaining two in the request form dated June 10th

We will get a response by July 15th about their deadline so that Asahi Group can take the time to proactively consider these requests again.

Please continue to inform Asahi Group that you will not buy products of them until they stop animal testing.

And if you have a favorite product of them, we would like you to ask them to ban animal testing as soon as possible.

Thank you for your cooperation in sharing and spreading this campaign.

We, JAPAN ANTI-VIVISECTION ASSOCIATION (JAVA) had submitted a request form to Asahi Group Holdings on March 24th, and received a response.

Of the four requests, only two were heard : “Ban of animal testing in the field of daily necessities” and “Strengthening alternative method development”

Asahi Group did not accept voices of everyone’s 32,000 signatures for total ban of animal testing for food and beverages and cosmetics and quasi-drug.

■Operational guidelines and process that were not provided during the interview

Asahi Group explains the following initiatives in its response form.

1. Made guidelines for judging whether to carry out animal testing for foods with functional claims

2. Conduct animal testing after confirmation by outside experts

3. They introduced the process in early February

4. Strictly perceive the range of being “required by law”

However, despite the introduction of these initiatives, when we met with the people in charge of this issue of Asahi Group on February 21st , we were not informed about the guidelines and process at all.

Were these guidelines and process retrofitted upon our request? Their response is inevitable even if we say so.

If they position the initiatives as a milestone towards its total ban then they should show us exactly the specific contents of the guidelines and process.

Without a roadmap that specifies the deadline to achieve total ban and concretely shows the challenges and solutions to achieve it, it is almost the same as proclaiming that animal testing will be continued semipermanently.

■The mystery that animal testing for cosmetics cannot be banned

The most amazing thing is that it leaves a way to continue animal testing in the fields of cosmetics and quasi-drug.

Starting with the decision to ban animal testing of Shiseido, the Japanese largest cosmetic company, in 2013, major cosmetic companies in Japan have banned animal testing across the board. In the cosmetics field, which is by no means a major force for Asahi Group, what is the reason why they do not immediately ban it?

■We have submitted a request form again

Based on the above judgment, we, JAVA have submitted a request form to Asahi Group again.

1.      Describe the contents of the operational guidelines regarding the decision on whether or not to carry out the animal testing and the implementation process based on it, together with the materials.

2.      Provide a road map that specifically shows the time to complete ban issues, solutions, etc. for animal testing in the food and beverages fields.

3.      Make an immediate decision to ban animal testing in the cosmetics and quasi-drug fields, including required by law.

We have decided to let them set a reply deadline so that Asahi Group can take the time to proactively consider these requests.

However, the time to achieve total ban will be within 2021 fiscal year at the latest.

This is because several companies have already banned animal testing for food and beverages, and Asahi Group’s Asahi Breweries is one of the gold partners of Tokyo 2020, and the postponed Olympic Paralympic Games will be held in 2021.

Please inform Asahi Group that you will not buy products of them until they stop animal testing.

Thank you for your continued cooperation.

31,419 signatures have been submitted to the Asahi Group

On May 12, we submitted the signature of 31,419 for the deadline of May 10 and comments on the campaign page to Asahi Group Holdings Co.,Ltd. President and Representative Director,CEO Mr.Akiyoshi Koji by mail.
Thank you so much for your support and share in the short term.

We, JAVA,have submitted a request form to the Asahi Group on March 24, and the deadline for replying is at the end of this month.

By then, the management decision will be made as to whether the Asahi Group will truly ban animal testing or continue animal testing strongly against the voice of consumers.

We are convinced that this signatures will be a big step in that decision, but we can’t feel safe yet.

Please continue to send your message to the Asahi Group directly, ” Stop Animal Experiments” during your #StayHome time.

And please share this campaign to keep the pressure on the Asahi Group.
Thank you very much.

Due to the spread of coronavirus (COVID-19) infection, Tokyo 2020 Olympic and Paralympic Games scheduled for this summer have been postponed. On April 6th, Asahi Group Holdings Co., Ltd. with Asahi Breweries, one of the gold partners of Tokyo 2020, posted a policy of not conducting animal testing on its official website.

Basic stance on Asahi Group animal testing
“We have adopted a policy that Asahi Group will not fund, conduct or commission animal tests that are not explicitly required by law in the field of food, beverages and cosmetics.”

We should be careful not to be deceived by the policy they are holding up. 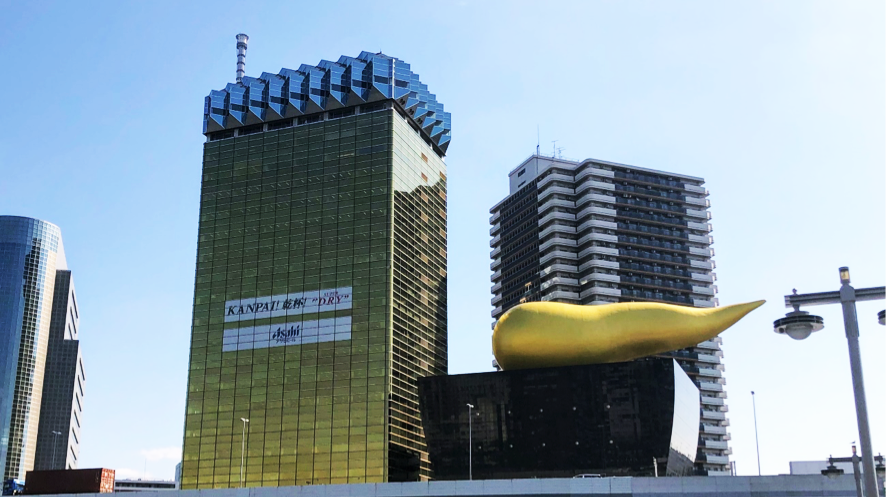 JAVA met Asahi Group this February
What is the exclusion rule for ban animal testing of Asahi Group?
When we, JAPAN ANTI-VIVISECTION ASSOCIATION (JAVA), met with the people in charge of this issue of Asahi Group on February 21th 2020, we confirmed about the “legally required” animal testing that are not subject to the ban, and they are the following three.

1. In case of public health accountability such as after market accidents.

2. In case of legally required by the system of other countries such as Novel Food of EU and GRAS of USA.

Should be a problem about 3.

Food for specified health uses(FOSHU) & Food with function claims(FFC)
FOSHU & FFC are the most brilliant fields in the Japanese food industry right now.
FOSHU is required to apply for permission and FFC is required to notify Consumer Affairs Agency. Animal testing are not required if eating experience and human test data are used when they develop new products. On the other hand, safety and functional data are required when they develop new products they don’t have enough eating experience and human test data.
Animal testing is legally required for safety and functional data. IT IS JUST AN OPTION.
Because of the option, it is Asahi Group’s excuse that animal testing is unavoidable.
Under the cause of “extending healthy life expectancy”, in the current food industry unnecessary animal testing is being conducted in order to add unnatural functionalities to foods, develop new products, obtain patents, and obtain profits.

Other companies stopped animal testing for FOSHU & FFC
Kikkoman, Yakult Honsha, NISSIN FOODS Group, FUJI OIL HOLDINGS and Kewpie that JAVA has so far requested to end animal testing, have proven it by corporate efforts.
But Asahi Group considers the animal testing that the above –mentioned companies could abolish as “not subject to ban”. So, Asahi Group’s “policy of not conducting animal testing” is inadequate and we cannot approve it.

Sign by May 10th!
On March 24th, JAVA issued a “request form for the termination of animal testing in the fields of food and beverage, cosmetics and daily necessities” to the president.
The deadline for replying to the request is the end of May.

Now that the coronavirus pandemic is in a serious situation, so it may seem that Asahi Group issue is not important.
However, Asahi Group will make a management decision as to whether or not to completely abolish animal testing within a month and a half.
So, the signature deadline is May 10th.

Asahi Group is a holding company with a gold partner of “Tokyo 2020”, and is drawing attention from all over the world.
Now is the time to become a cruelty free company.
Please support our campaign. We hope as many people as possible will sign the petition!